The first time I built up this Elswick Hopper Lincoln Imp it was what would be called in the motorcycle world a restomod. Modern aero rims mated to Sturmey Archer Steelite hub brakes and three speed along with a modern retro saddle and bars. Here it is below 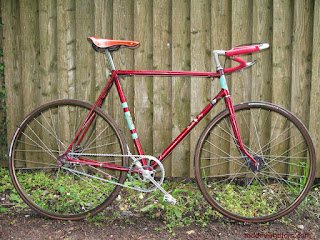 For a while I had been in the mood to make it a bit more period correct and a moment of enlightenment came tidying up the workshop when I realised that I had all the parts needed just lying around. Overall the results are quite pleasing. I wanted to keep it single speed but only had a five speed wheel so ran it on the centre cog. I think I might add a derailleur soon to make it slightly more authentic. Results are as follows... 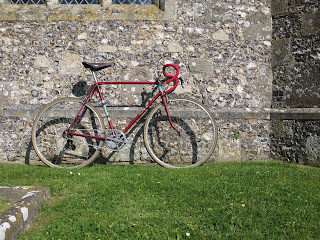 Brake levers are Universal. They are a great shape of levers, very under-rated but this gives the bonus of keeping them nice and cheap. 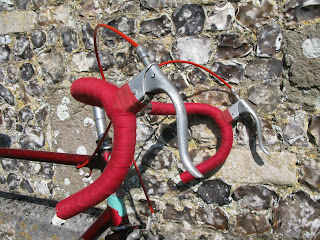 The Lincoln Imp is an off the peg cycle but it's all 531 and a good ride. Plus it's got the best logo. 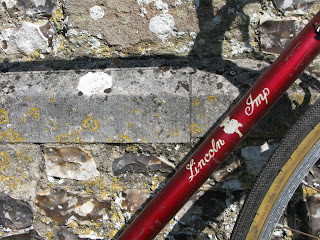 The calipers are GB sprite. 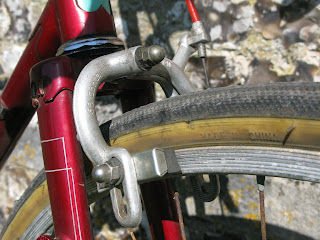 Both rims and hubs are Milremo. Can't say they have had the best of storage as the spokes have some corosion but the rims look like they are new or at least barely used. 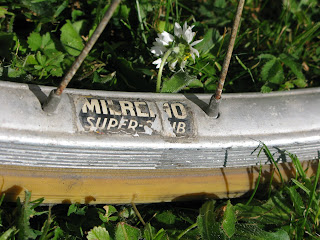 And the GB Sprite rear. I like GB brakes but quite honestly the Sprite is a fairly average product. 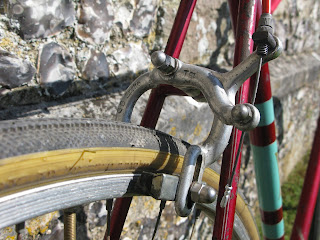 And finally cork end plugs just the way they should be. 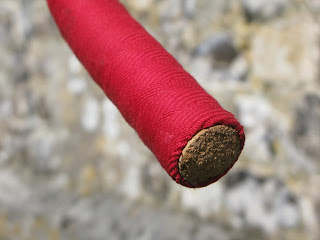