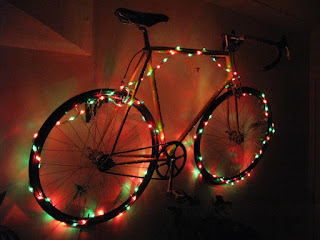 This scale model 1954 Manx Norton was one of a pair scratch made from works drawings between 1954 and 1955 by Bert Hooper, Dispatch Manager at Norton Motors' Bracebridge Street factory.

One was presented to Tom Garner for services rendered and the other was given to Gilbert Smith, the Managing Director. The Gilbert Smith example sat into his office until retirement and then disappeared, location unknown. This example is the Tom Garner one and was collected from Bracebridge Street by Graham Garner on the Friday before Silverstone Saturday in April 1955. In the eighties it was bought by a son of Norton works rider Syd Lawton from Graham Garner. It was then passed down the Lawton family to another son before finding a new custodian.

Detail on the model is very fine down to the Avon trademark on the rubber tyres. The petrol tank is one solid lump of aluminium and the chains were made link by link.

If anyone knows of the other model or any further details please get in touch.


Posted by Richard Miller at 10:22 PM No comments:

This is the BSA 1945 range. With a print date of August 1945 the brochure was published only three months after Victory in Europe day. Apart from the B31 which was an all new machine the range comprised of wartime and pre-war models. The printing of the brochure must have been largely a political move as although the bikes were being produced they were almost universally for export and few reached British showrooms.


Posted by Richard Miller at 12:03 AM No comments:

Another mystery photograph. Labelled on the reverse as 'Mondial 250 Silverstone'. It's carrying laurels so is possibly Mike Hailwood's 1957 Silverstone International winning machine.
Posted by Richard Miller at 11:38 PM 1 comment:

Autumn riding the Dorset trails on a Bullet and an XL250

Not many fine days this Autumn but this was one of them. A ride through the fallen leaves on Dorset byways, myself on the Royal Enfield long distance trialser and Ian on his trusty Honda XL250.

No new trails ridden, just a few known favourites. Sadly found out that the lane connecting Tarrant Crawford and Chettle that runs past Chettle house has recently been closed. We rode it before getting the knowledge and it didn't exactly look that it got much traffic so hard to see a reason that the council would bother to close it off.

The Bullet ran well, that's if we don't mention a quick carb strip just by the Chettle camp site to clear out some fuel born dirt. Hardly needs mentioning that the Honda ran like clockwork....

Here's a brochure for the 1919 G.A.B. Auto-Scooter. I know nothing more about the machine than is on this one page brochure. It's fairly typical of a whole host of different crude scooters built immediately after the 1st World War in the first scooter craze. I've not heard of any survivors.

Posted by Richard Miller at 11:28 PM No comments:

I worked for several years at Jack Hearne Cycles in Blandford Forum, Dorset. Before the shop was Jack Hearne's it was known as Lucas Cycles and now it is Offcamber Cycles. The attic was a dusty treasure trove of cycling junk. In a frame in a corner was this picture which I borrowed and scanned.

G Loader Cycles was in Blandford but I don't know the location. It looks to be typical of a small town turn of the century cycle shop. The shop was a riot of advertising boards, such a display would now give conservation officers sleepless nights!

Posted by Richard Miller at 10:17 PM No comments:

The Coventry Eagle Pullman, another of those motorcycle as car type machines that many manufacturers once thought the motorcyclist wanted not realising that motorcyclists who were enthusiasts wanted something sporting and motorcyclists who wanted car comfort were only riding a bike because they were cheaper than a car and if they had spare cash they would go ahead and buy a car.... Not many Pullmans were built or sold but there are a handful of survivors.

Technically it is an interesting machine, much use of pressed steel is made and the leaf spring rear suspension is unusual, it reminds me of the springing on a train carriage. This is not really a good thing but perhaps an inspiration for their Pullman model name. Like a number of the bike as car concepts this machine was built with small engines and small performance, undoubtedly with the extra weight significantly worse than a comparable traditional motorcycle. In earlier advertising literature Coventry Eagle heralded their mighty Flying 8 v-twin as a 'Pullman Express' after it was given this plaudit in Motor Cycling magazine. The Pullman was manufactured 1936 and 37.

It is a universal cross-cultural truth that a primate doing human things is funny. Ergo 'Little Nap' is possessed of innate comedy. That he is riding a custom built mini sidecar combo with a chimp passenger whilst dressed as Napoleon is bordering genius.

Apparently Little Nap was a performer in US circuses around the early post first world war period. There are several other images of Little Nap around, this is the only one I can find featuring a sidecar.

The postcard just sold on ebay. I bid but sadly someone valued it more than I (and I did value it quite a lot!)...

I needed a project to improve my metal working skills. A weather vane seemed like a good idea, there're quite a few different skills involved in making one. I haven't seen a cock a snoot on a weather vane before but as it turns out it looks really right. The whole thing is made in stainless (perk of working on a ship!) from offcuts salvaged from the scrap bin.

Posted by Richard Miller at 10:27 PM No comments:

The VMCC Stonehenge Autumn Nifty Run is an amble on a theme that has been gathering pace the last couple of years. Get out and about on slow bikes that don't normally see the light of day. Works as a concept for me. I like small bikes, I hate runs where I have to follow other folks around going faster than I want to. My fault of course, I could go at my own pace it's just that I don't like to follow route cards so find someone to tag along with and then get aggravated when I want to potter on a Sunday morning and they are in a race. Not that there is anything wrong with going fast, it is of course great, it's just that what I want to do on a Sunday morning is plod around in a slow daze enjoying the countryside. So all hail the grey porridge runs of the nation. Pre '73 and less than 250cc is the mantra. Plenty of Villiers Brit commuters mingled with some continental exotica.


Posted by Richard Miller at 9:50 PM No comments: