I've just had my entry confirmed for the Piston Rally in Santander end September. Planning to take over the 1927 Triumph Model N along with something else a bit more recent and speedy. I've fallen in to the trap of last minute preparation many times before and will no doubt do so again but this time I'm trying to get ready in advance so fettling on the Triumph has begun.

There's nothing like a few good mountain roads to expose weaknesses in a bike so hopefully I can get the old girl fully up to scratch before heading off to Spain. I started off on the cosmetic issues - a coat of blacking on the exhaust and silencer plus adjusting the oddly angled saddle that had been welded in place. It's tack welded again to stop it moving but this time at a sensible angle. Mechanically the advance and retard mechanism was a bit sticky so that's been lubricated and the spark was very weak despite a recently re-wound mag. The mag problem was traced back to a dodgy HT lead, not often those fail... In addition the carb lacked a gauze on the bell mouth so a new one has been soldered in, doesn't sound like it was a big issue but the extra air flow without a gauze was making the bike run a bit lean and made it prone to overheating.

I've still got concerns about the brakes so might take them apart for checking - the rear is quite a big brake and just doesn't seem to offer the performance its size suggests. The front is an expanding band and is never going to be more than average but probably needs checking too. Nothing worse than no brakes on mountain passes...

Just so much 70s awesome-ness going on with this Honda brochure. Obviously aiming for coolness by association by placing the bike in front of a load of gig posters but the housewife and child between bike and posters can't have been a big pull to the sixteener market that the SS50 was aimed squarely at. A strange year for music too, lots of old names from old bands, prog rock and folk revival, just a short time before punk came on to the scene and cut through the dross....

Posted by Richard Miller at 9:12 PM No comments:

Many thanks to James Kelly for lending this old photo to be scanned and posted. Not a lot I can say about it apart from the cycle appears to date from the late 1890s and the chap astride it is possessed of some high level sartorial elegance. There are just not enough cyclists wearing bowler hats these days. 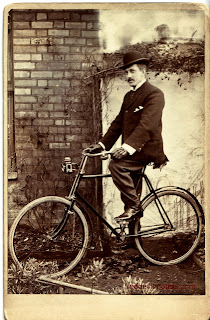 Spot on Summer's weather on Sunday for an amble around the Dorset countryside on vintage machinery. I gave my Triumph N an outing, it's slowly becoming a dependable favourite and gave a good showing of itself being the only bike to do the run two up (Ian's Morgan just doesn't count and has ten times as many horses...)

Start and finish was at the Shillingstone Station project with the run heading up into North Dorset. A fine and goodly selection of bikes turned up including three veterans. 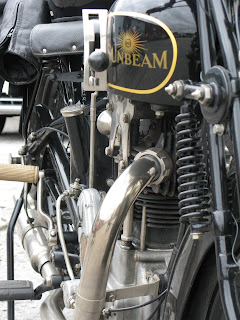 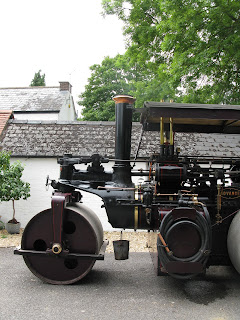 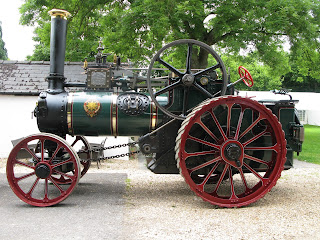 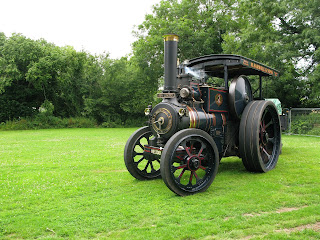 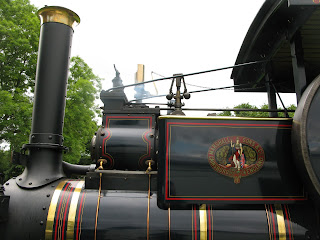 Posted by Richard Miller at 10:33 PM No comments:

The second Wednesday in July and the annual invite for classic and vintage car owners to turn up and show their machinery at the club night is out. Fine weather this year and a new venue at the Henstridge Golf Club saw a good turnout on both the bike and car front with some really special stuff both two and four wheeled.


Posted by Richard Miller at 10:20 PM No comments:

Slowly following on from the pt2 of the Sammy's Museum postings here are a few more snaps of various delectable machines from the collection. 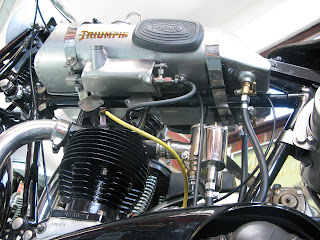 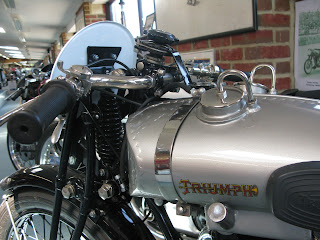 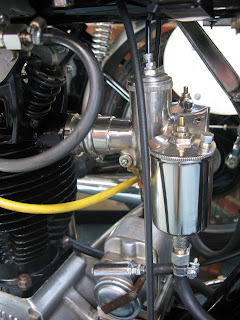