Yep, it's a rotten photo but what the heck. It's an Ariel VB sidevalve 600cc from the late forties / early fifties. Quality but no thrills transport for the early postwar family man.

Posted by Richard Miller at 11:40 PM No comments:

You can't see much of the bike but the giveaway is the AJS logo on the sidecar. The house behind must have been built about the same year as the bike was made.

A few years ago I used to ride with a Davida pudding basin helmet. A  nice looking lid but devoid of British Standard mark so (ahem) illegal in the UK and the crash protection it offered was a heightened awareness of just how bad it would be to fall off and sustain a knock to the head. Change time came when someone pointed out to me that, not being approved, the helmet invalidated insurance, thus if severely incapacitated through head injury caused by another driver I would be very unlikely to get a payout.

Not being of entirely right frame of mind, to me the next logical step was to find a vintage pudding basin helmet which carried the 'Kite Mark' of British Standards and was therefore fully legal. Crash protection was certainly worse than the newer Davida pudding basin as my vintage Slazenger brand lid had a shell made of hardboard and lining of webbing and string. The Slazenger did however have the added safety feature of generating so very much wind noise that your speed was generally reduced for the sake of aural comfort.

Somewhere along the way in the passing of time I realised the error of my ways as I grew older and marginally more sensible. I can't bring myself to wear a full face lid on an old bike but I do like to have a quality Kite Marked helmet that is of a fairly recent vintage.

I've stuck with Davida in general over time as the quality is superb and styling right. The time had come to replace my old Jet and it seemed like a good idea to try the new slimline Jet Ninety Two. Santa Claus obliged me on that front and now a few miles down the road it seems like a good idea to give some riding impressions. 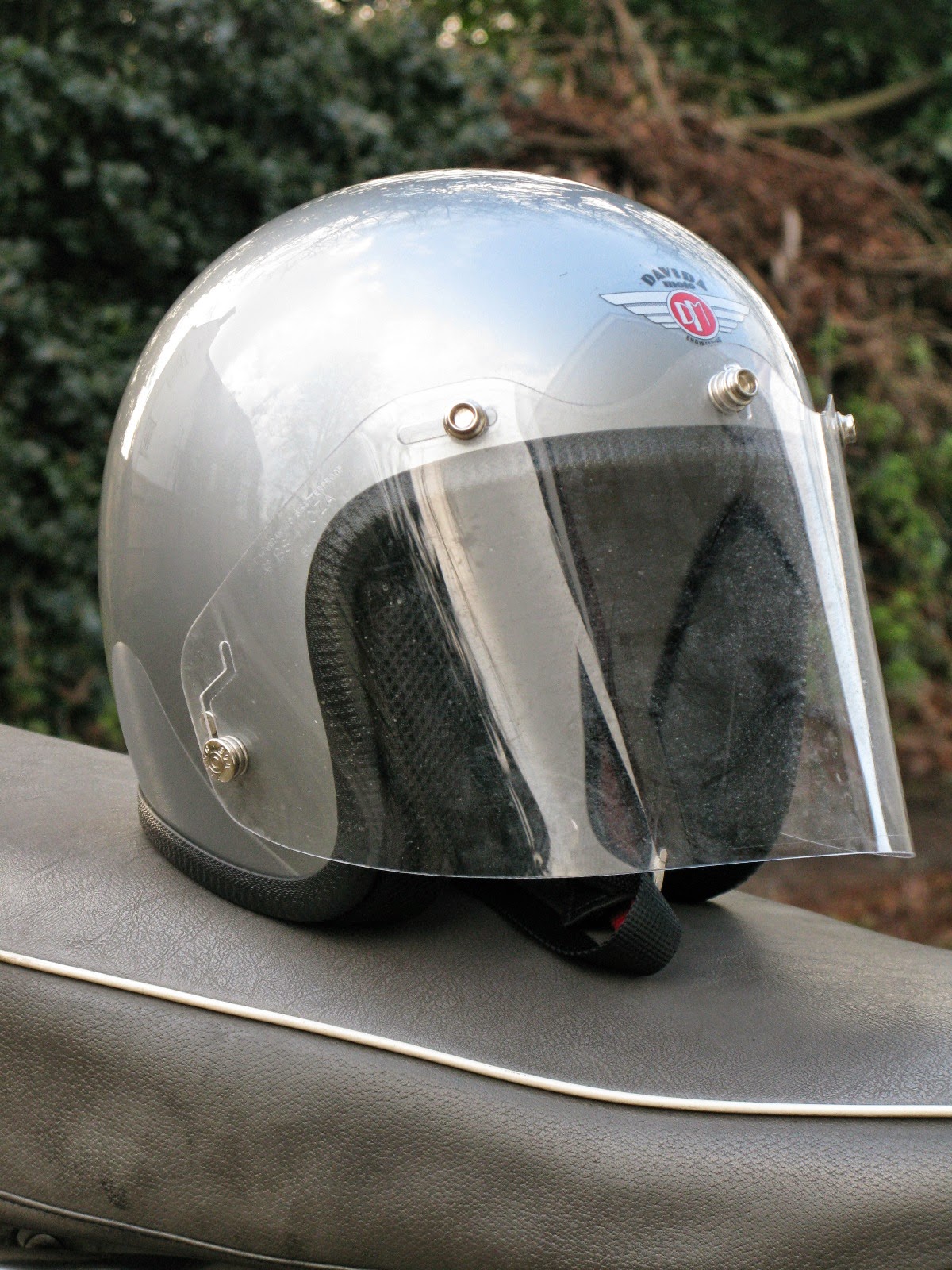 First: styling. Spot on. Davida set out to make a more authentic fifties / sixties looking Jet but meeting modern safety standards. They've totally achieved this. The shape is good, profile slim and the arched cut away at the back of the head is period authentic.

Second: riding. As out of the box the foam around the ears is ridiculously firm. I challenge anyone to get this lid straight on to their head from the box, if you do and you do not experience great pain in doing so then you, my friend, have a very weirdly shaped head. Luckily Davida seem to be aware that their standard ear inserts are very anatomically incorrect and provide a set of soft ones. These are slightly fiddly to fit  and somehow don't look quite as nice (they don't curve in around the chin as much) but they do make it possible to wear the helmet and are comfortable. On the road the lid is nice and light to wear, that authentic cut away at the rear looks great but in winter can give a bit of a chill to the back of the neck so really I would categorise the Ninety Two as a three season lid. All round vision is great, as is comfort (though that will of course largely depend on the shape of your head). The lid is entirely stable, no trace of lift at high speed - if you have experienced this you will know how disconcerting it can be to have your lid seemingly sucked off the top of your head at ninety mph making the neck strap bite in painfully.

Conclusion: Looks great, extremely well made, slightly cold on the neck in winter but an ideal choice if you want a road legal traditional crash hat.

Bob Heath five stud visor: My last visor was a Bell bubble. No complaints with that but I fancied a change and the Davida has facility for five stud fitting so it seemed like an idea to try out the Bob Heath. Back to the legal thing here - as far as I am aware there are no Kite Marked bubble visors available and same as the helmet if you have a visor it is a legal requirement that it is Kite Marked. The Bob Heath is indeed British Standard approved. I love the look of the Bob Heath shape, the fit is perfect on the Ninety Two and the two go together just right. Out on the road the visor is just low enough that it keeps the airstream from your chin and streamlining is very good, turn you head round at speed and there is no extra pull from air flow. The big drawback seems to be noise, there is a lot of it, nothing a good pair of earplugs won't block out  and to be fair it could be the helmet / visor combo as much as the individual visor. Overall though a great visor from a good old school British company, good quality and a decent price.
Posted by Richard Miller at 12:08 AM 3 comments:

Cute little Royal Enfield 225cc two stroke with two speed gearbox operated by 'coffee grinder' handle. The photo is dated 1924 on the reverse and looking at the bike it would have been fairly new then.

Posted by Richard Miller at 11:50 PM No comments:

Posted by Richard Miller at 12:18 AM No comments:

Strange how we get emotionally attached to machinery. I guess the physical item is a portal to the memories and it is tough to detach from that. That's how some folks end up taking it to extremes and living in strange warrens of a lifetime's accumulation of ephemera.

In the case of my '97 Bullet the time came to separate the physical from the spiritual. The bike has taken me around India and back home to the UK via Pakistan and Iran, down to the Sahara in Morocco, more visits to France than I can remember and is a veteran of several long distance trials. The Bullet was a faithful friend for some 17 years and rarely let me down despite the punishment oft metered out. In return maintenance was regular, time consuming and thorough. Time, that's the crux of it, I'm lucky enough to have a garage full of motorcycles all demanding attention and there was one that absorbed near all of it.

You often see adverts for machinery offered for sale tinged with sentimentality and slight regret, 'for sale to a good home' or 'suit enthusiast', hoping the cherished item will be equally cherished by the new owner. I'm a realist and have sold enough bikes to know that the next owner will do exactly what they want with their new property, it's their machine and they have the right to take it straight to the scrapyard and crush it if they choose to. I don't bother to let emotions creep in to the copy of a for sale ad, but of course inside I am as most others and am hoping my baby will find a loving home and not end up in the possession of some oafen mechanical barbarian.

With the Bullet I struck lucky with Matt who came down from North Wales to pick it up. A good bloke and a true enthusiast who's planning to keep using the bike as it has been used. Hope you enjoy it as much as I have mate.

As far as I can tell the machine is a New Hudson from the early to mid thirties. Looks like it has had a hard life and is one owner away from the scrapman! 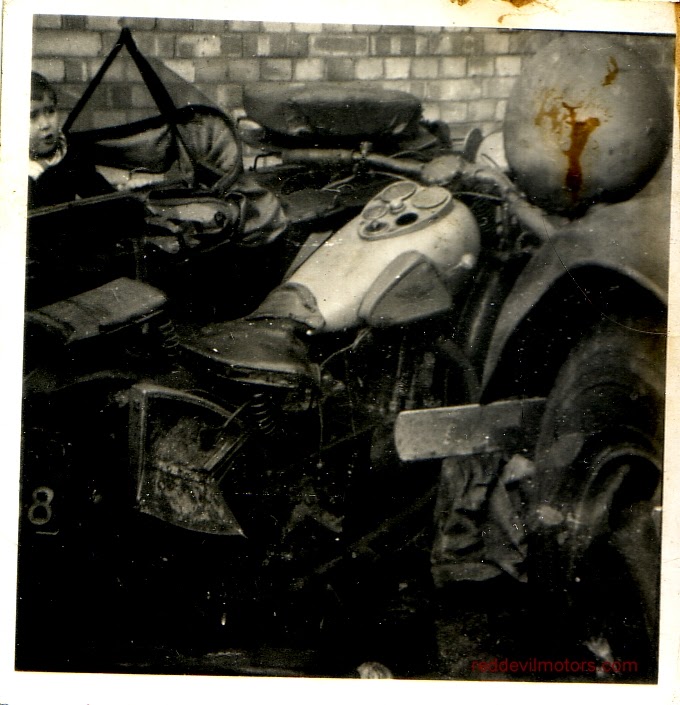 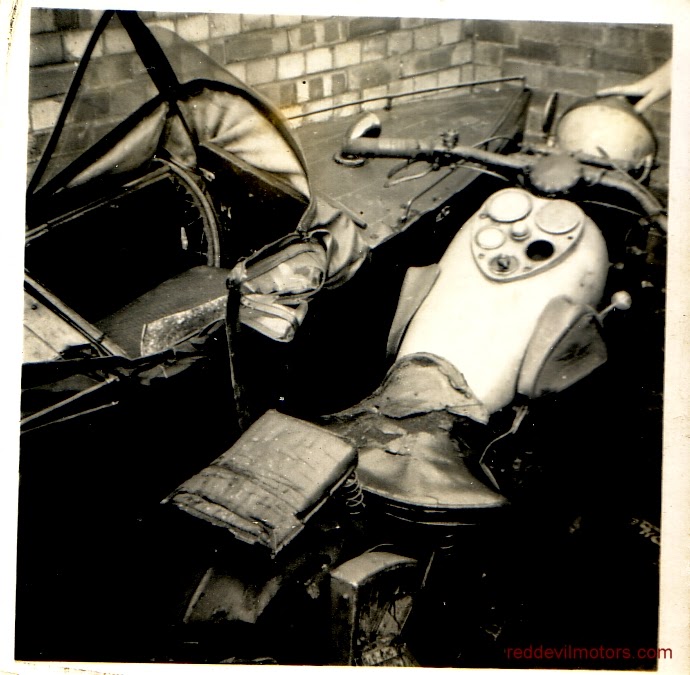 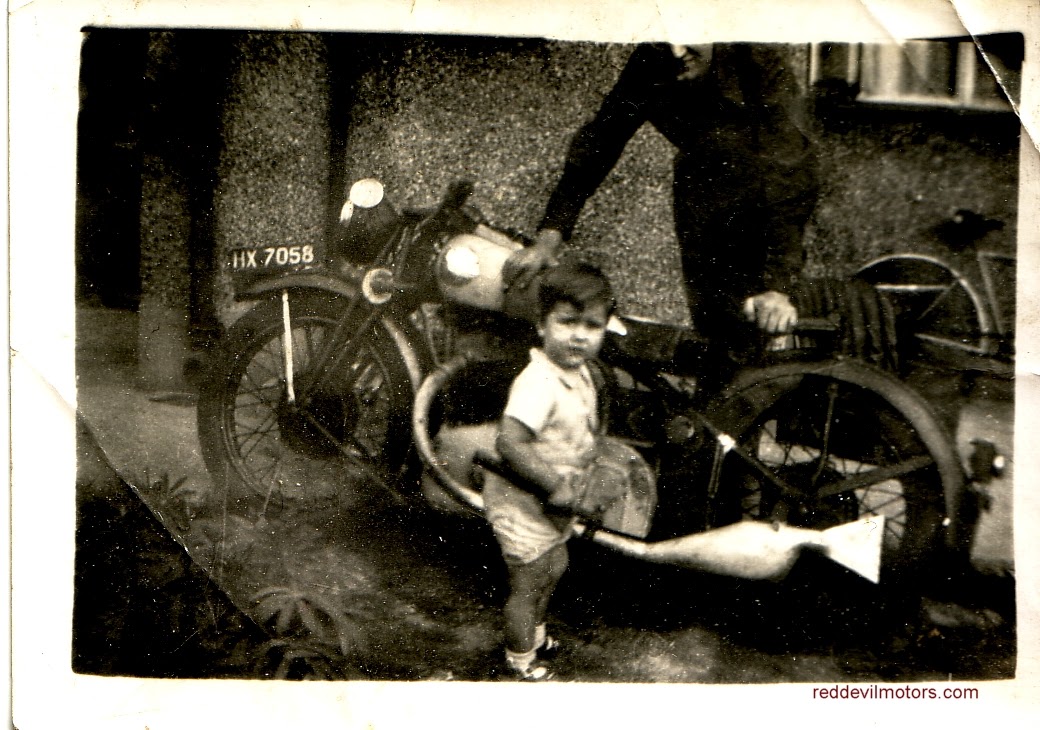 Posted by Richard Miller at 11:52 PM No comments:

Lots of events on last weekend but a sunny day, an Enfield J2 that needed a few miles putting on it and the Sammy Miller RE Ride-In made it a fairly easy choice.

The Museum organises a few ride-ins over the year, most of them marque specific. This was the first I had been to and though not a huge event the atmosphere was right and the surroundings good. Sammy himself gave a tour of the Museum workshops, great to see that he takes a genuine joy in showing fellow enthusiasts around. On the workbenches were a '26 Brough Superior Pendine, 350 and 500cc Excelsior Manxmans and a Zundapp KS800 flat four. Two of the machines were museum property and two commissioned restorations. There're not many museums out there where you can get a tour from a genuine motor racing legend.

I couldn't stay too long at the Ride-In as there was a Sunday lunch appointment with the in-laws but I managed to have a coffee at the Museum cafe, mooch around, have a chat with a few folks and take some snaps..

Posted by Richard Miller at 9:22 AM No comments:

OK Supreme flat tanker from the early to mid twenties. Not too sure of the model but it looks like it is powered by the ubiquitous 2 1/4hp JAP 293cc motor.

Posted by Richard Miller at 11:14 PM No comments:

Last Sunday on the way to Prescott I dropped in on the Salisbury Motorcycle and Light car Club's Five Valleys Run. The weather was good and the start point was more or less on the way so why not. The turn out was big, moderns and olds and plenty of interesting machinery. I came close to knocking the Prescott idea on the head and staying and riding the run but the plan was to possibly meet up with a friend at Prescott so I pushed on after taking a few snaps and watching folks ride off.

The final selection of pics from the Prescott Bike Festival last weekend.


Posted by Richard Miller at 9:37 PM No comments: