Cracking photo of a chap in Scout (?) uniform astride his 350cc Royal Enfield. Until the thirties Royal Enfield model names were extremely dull and just reflected the engine size or a model code. So it was that this particular bike was simply known as the 2 3/4 hp Standard Model 350. Note the rolled up blanket serving as a pillion seat.
Posted by Richard Miller at 11:34 PM No comments:

Norton in the Raj

I sent this image to the ever great Vintage Norton blog a while back so it has been published before but I like it a lot and now seems like a good time to give it another airing.

The photo is taken somewhere in colonial British India, the swagger and outfits of the two lads are great. That's quite the jaunty angle on his pith helmet! What draws me to the photo however is the Norton in the background that could very easily be my own bike. I imported a 1930 Model 19 from India about 15 years ago. To my shame the restoration is not yet completed, though close.

Posted by Richard Miller at 5:40 PM No comments:

A rather blurry home snap of a happy couple with an early BSA D1 Bantam. The composition of the photo unintentionally draws extra attention to the shadow monster creeping in to the bottom right of the snap with the leading line of the garden path!

With these old pictures I often use the DVLA vehicle check to see if the subject is a survivor, very occasionally there is one, but not in the case of this little Bantam.

Posted by Richard Miller at 6:20 PM No comments:

A brochure for Surrey Sidecars who were promoting themselves as 'The Lightweight Specialists'. Surely a niche within a niche and unusual as at least half of their products do look like they were catering to the weightier end of the market. The 'Rambler' model was however a true lightweight and was often paired to a Villiers powered lightweight machine.

Unfortunately I do not know the year of this brochure though 1951 would be a fair guess. Not much information is out there about Surrey Sidecars but they were a postwar company that was founded in the late forties or early fifties and continued until the late fifties or early sixties. 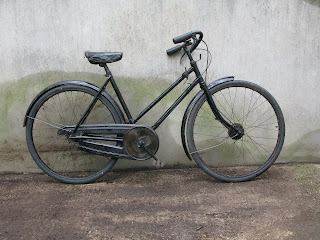 I have to confess that I bought this lovely ladies cycle as a donor for another project, a Royal Enfield Bullet cycle that I had bought as a bare frame. In all honesty this was a perfect donor, all the parts were quite appropriate and it looked right. However I couldn't look at the Enfield without getting the nagging feeling that I had ripped apart a perfectly nice and rare cycle. So, over the course of a year I found alternative parts for the Enfield and have just recently re-assembled this Speed King as it was.

Speed King were a small brand which, as far as I know, were marketed by an entrepreneur by the name of J G Graves. Graves also for a few years sold motor cycles under the same brand name. The identification as Speed King is purely from the chap I got the cycle from but I have no reason to believe it is not a correct prognosis though there are no identifying marks on the frame. 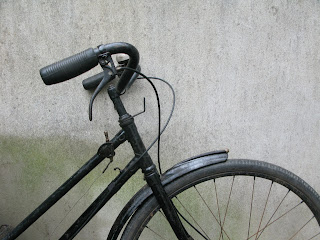 The Speed King is slightly a cut above other ladies cycles of the same era. The quality is good and Sturmey Archer drum brakes are fitted, the rear hub being a 3 speed KB6. The hub  dates the cycle as 1937. I suspect that Graves had little to do with the actual manufacturing of bicycles and just had machines made by others and then sold them under his own brand. The frame bears a certain passing resemblance to a Hercules, and Hercules certainly did manufacture bicycles for other companies. There are however a few nice little individual touches such as the oval cutaways in the lugs.

Now, being too sentimental to use the Speed King as a donor and certainly not needing another vintage ladies cycle I need to pass the old girl on. So if you feel in need of a nicely patinated, unusual 1930s ladies cycle of good quality in fully working condition then for the princely sum of £140 the Speed King is all yours. I will even box it up and post it for a small consideration. If interested comment with your email address or mail me direct. 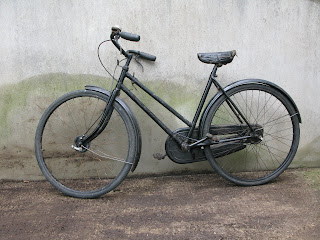 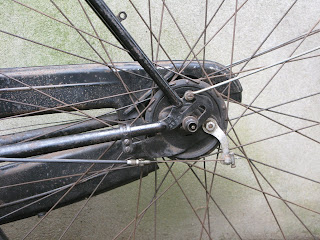 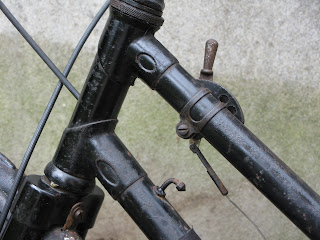 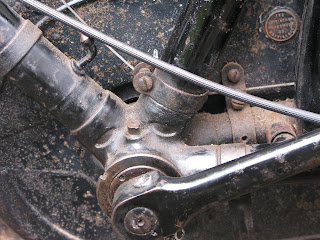 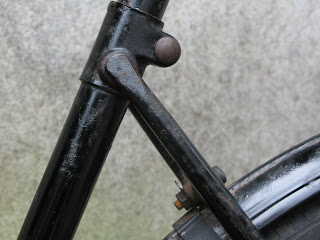 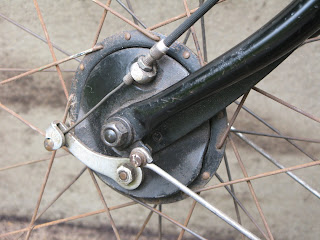 Email ThisBlogThis!Share to TwitterShare to FacebookShare to Pinterest
Labels: bicycle, for sale

Another batch of images from the 'Happy Valley Album' of racing at the Langa Langa circuit in Nakuru, Kenya. The images were all labelled in their album and I have reproduced these comments next to each picture. 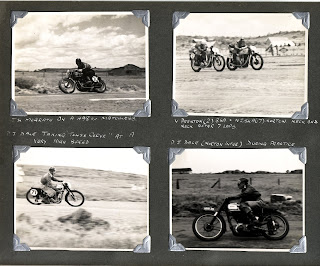 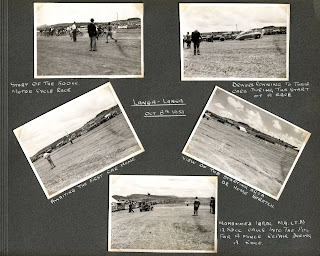 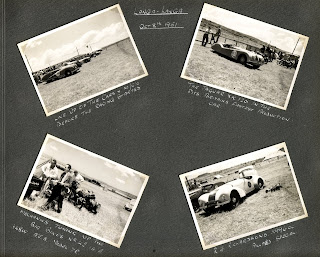 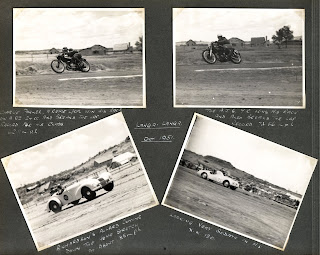 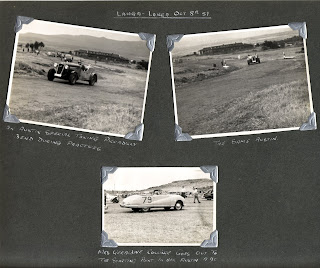 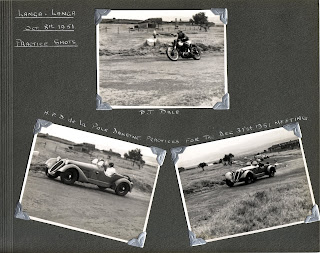 An oft used cliche of growing older is that time accelerates and the years pass by at an ever increasing pace. Of course this isn't true in the physical sense but we pack our lives with ever more complications and obligations, illusory or not, and the effect is that time does indeed appear to move more quickly.

Thus I realised recently that my dear Dommie 99SS had been off the road for nearly three years. Before putting it away I had changed the oil, removed the battery, drained the fuel tank and given it a liberal spray of WD40. Putting it back on the road wasn't a big job at all but the bike is not the one kick starter she once was so the carb will have to come apart for a clean. The clutch has also developed a minor tendency to slip whilst in hibernation so a short spannering session is required and then hopefully we will once more pass some enjoyable miles together.