Avon's brochure from 1963 for their 'cling' rubber tyres. Even today 'cling' still appears in some of the Avon promo material.

For fun there's also a couple of youtube clips below:

The first is a promo for motorcycle cling tyres, unfortunately it looks like it has been filmed on a phone looking at a cathrode ray tv through a fish tank but is still worth a quick watch.

The second is celebrating 100 years of Avon Tyres published by Ride Magazine, not much informative content but it features a guy wearing a suit hooning around on a Vincent Rapide. 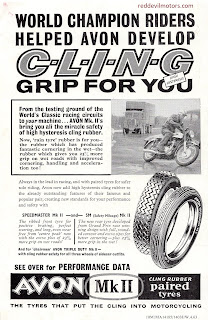 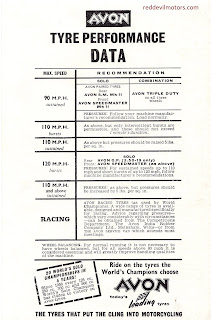 Posted by Richard Miller at 10:15 AM No comments:

Been meaning to post this for a while as the event was back in early September but, hey, this isn't a hot of the press news site so it hardly matters.

I'm not a fan of the phrase 'bucket list' but taking part in a beach sprint has been on mine for a good while now. I knew from my work schedule that I would be at home for the Lundy Flyers event and it being in Devon it was relatively local.

As it turned out in the end I was kind of wrong on both these counts as come that weekend I could only manage to attend on the Saturday and it was a three hour drive from home, but totally worth it.

The event is at Saunton Sands in North Devon and is organised by the Lundy Flyers, a local Hot Rod club. The entry is eclectic and the atmosphere wonderfully casual. Basically, enter, turn up and ride / drive. The racing is head to head and not timed so escapes too much regulation
I entered my ZB32 Gold Star, yes, I had some concerns about thrashing it on the sand but ultimately it's only a few runs and if you make sure to wash carefully immediately after there's no long term damage.
Over the day I got in about six runs down the 1/8th mile strip. The sand was reasonably solid but none the less as the speed gets up it's fairly hairy, just keep the power on and the weight back and cross your fingers. At least the ZB32 carries its weight nice and low. As above it's all fairly casual so it's definitely the taking part rather than the winning. On the day you chose a partner for the runs, just picking someone with a bike that looked like a fair match, it worked well, we (the Goldie and I) won as many runs as we lost and in the end most of it came down to gear changes and which line on the sand was taken.
So, in the end, yep, a brilliant day out and a fanstastic event. Totally recommended either as entrant or spectator. There's a really good friendly vibe there and some great machinery to watch being thrashed. 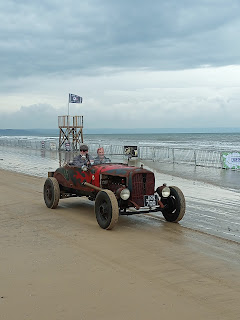 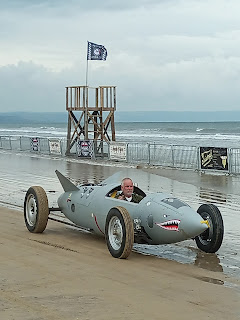 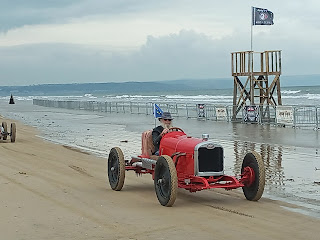 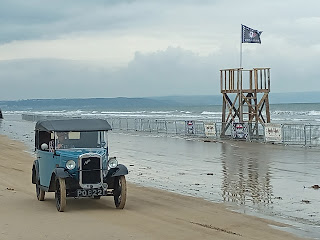 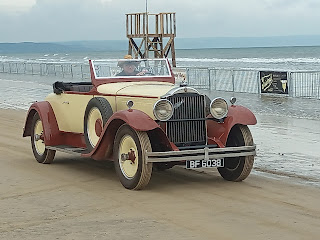 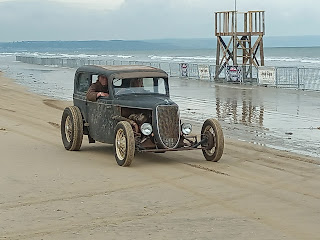 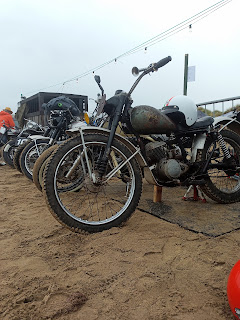 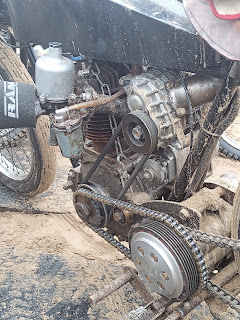 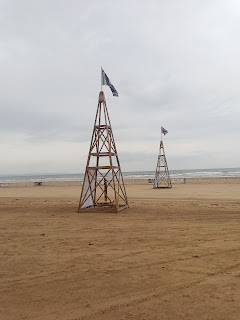 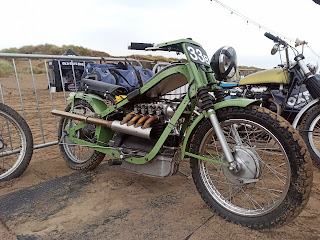 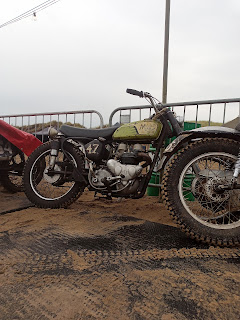 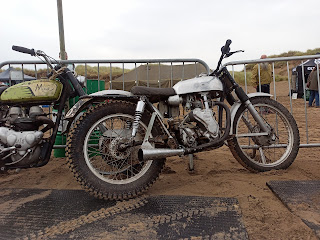 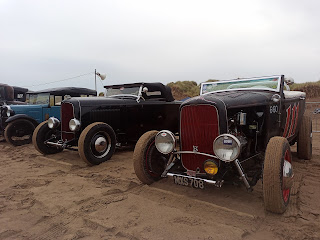 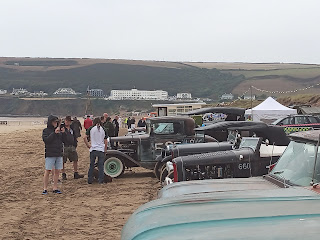 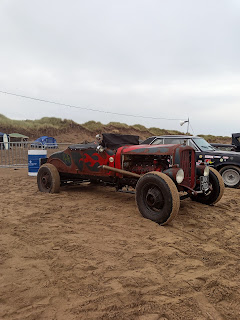 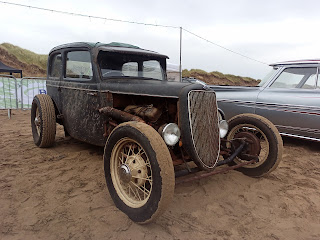 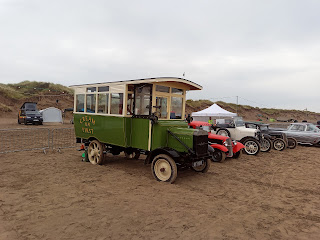 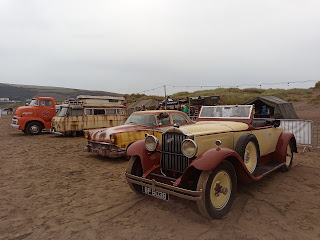 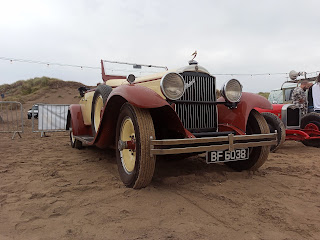 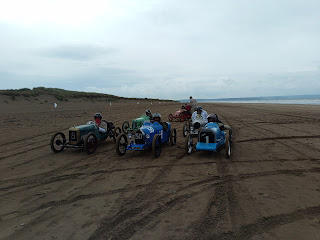 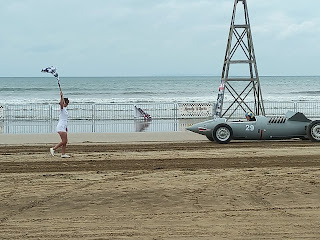 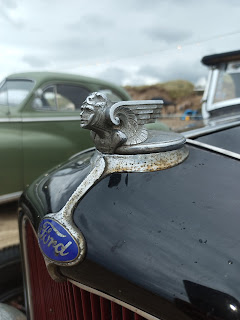 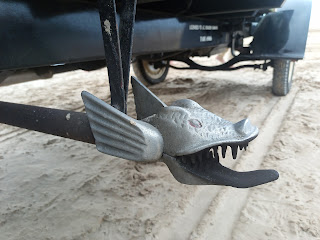 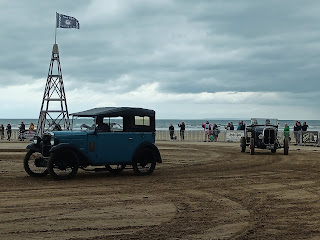 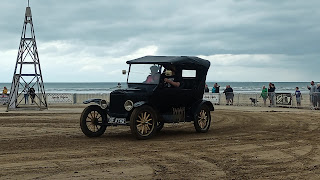 Posted by Richard Miller at 9:55 PM No comments:

Not enough scooters feature on this blog in my mind, perhaps too many in the eyes of others... To rectify here's a nice snap of a happy couple on their Lambretta. A model LD 150 if I'm not mistaken. In the background a typical family car of the forties and fifties, a Vauxhall 10 perhaps? Lovely old coach house too!