As I've been doing rather a lot of tinkering wiith my D1 Bantam of late and, frankly somewhat against expectations, actually enjoying riding it I decided to see what I could do to improve the lighting.

The bike now has an Electrexworld CDI ignition set but the output isn't massive so there is not a lot you can do above and beyond putting in a low-ish wattage halogen BPF headlight to improve illumination if sticking with conventional bulbs.

I was also very interested in sorting out the tail lighting as early Bantams have a horrible habit of regularly blowing the feeble torch type E10 bulbs used for the brake lights.

On my Bantam, despite the CDI set up, I stuck with positive earth and 6v. It would be very easy to go 12 but at the time I wired it I only had spare 6v bulbs and quite honestly, all things being equal, with a healthily wired system the 6 volts should be more than adequate.
So tail first: as you probably know the Bantam Wipac rear light has a pair of stop bulbs and a separate tail bulb. The stop bulbs are E10 size. These are readily available in LED, just tap 6v E10 LED in to eBay and hundreds of options will pop up. Important for the Bantam is that you get bulbs with a very low profile. Multiple radial LEDs may seem like a good idea but they will not fit in to the space available so go for a single LED with a shallow dome. There are bulbs available in dual polarity, it's easiest to go for these. They are also available in red - this is a lot nicer, the blue-ish tinge to a white LED tends to overpower elderly plastics and makes the tail light unacceptably white coloured.

The tail light bulb is a BA15. Same applies as above, there's not a lot of space so go for a low profiled and not to bulbous bulb, in red preferably and with a radial spread of light. If the bulb is sitting right next to the plastic lense the effect is not nice.

Good news on the brake and tail lights is that they are very widely available and cheap as chips.
The British Pre Focus P36D is slightly more pricey at typically around the GBP20 mark. There are a couple of different types available but the one I went for is as above. In operation it is pretty simple - there are two diodes, one faces up and one down. The down one is low beam and the two together constitute high beam. These bulbs cover voltages from 6 to 24v  and with this type you have to choose polarity. Other types are available that will do both positive and negative earth.

In use the headlight is definitely bright, way brighter than a standard bulb, not quite as good as a quartz halogen but it has about a fifth of the draw so therein lies your advantage for an elderly motorcycle. Plus LEDs are more robust and a more efficient use of power so what's really not to like. Standing still trying out the high beam it really does seem to illuminate way too much of the sky but once underway you find the it covers the road ahead too, I personally just find it slightly distracting to be riding along a country road and see that the tree tops ahead are lit up. It's probably a bit annoying for folks in rural residential areas too but the solution there is to go on to dip in built up areas.

To be a completist with the LED set up there's the pilot bulb to consider too. In all honesty you might as well ride with the headlight on all the time if you have LED and want daytime lights but the pilot is easy and cheap to replace too should you feel like it. Same as the brake lights, an E10 (also sometimes known as a minature edison screw - mes) although obviously in white not red. Once again dual polarity bulbs are available and easiest.

Overall a decent improvement. I use my old bikes at night on a fairly regular basis. I've been aware of a few nasty accidents of late involving slow and elderly vehicles being rammed by innatentive drivers of modern cars so anything I can do to avoid this is evidently a big bonus. Oh, and being able to see where I am actually going helps too.

1950s Britain. Posing on a Francis Barnett Falcon. Typical dependable ride to work bike of the era for many folks in the era before cheap cars. The photo is annotated '1957. Garden at 25'. Presumably 25 is the address, pity we don't know the town or street.

I was lucky enough to pick up these rather nice veteran Brooks cases recently. Both are motorcycle items and each with a clip on the rear designed to attach to the rear carrier. The circular case is a B535 Motor Cycle Spare Tube Box and the rectangular a B539 Repair Outfit Case.

I cannot pin point the exact years of production but both appear in the 1911 and 1919 Brooks Book catalogues. I think this is roughly the span of their production.

Both cases shall be sympathetically restored and will find a home on my 1919 Quadrant. 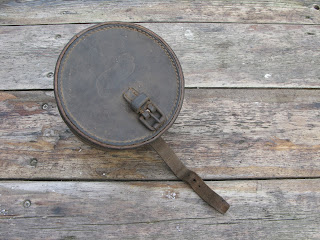 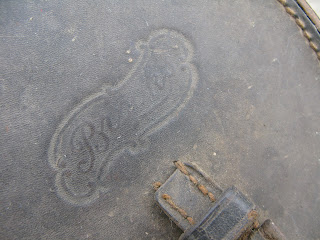 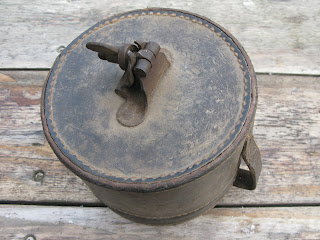 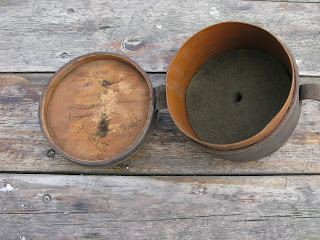 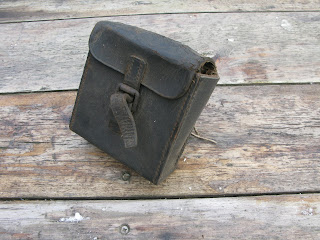 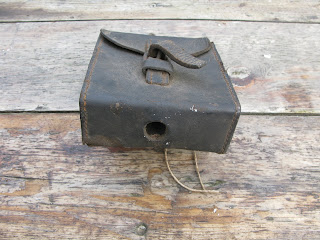 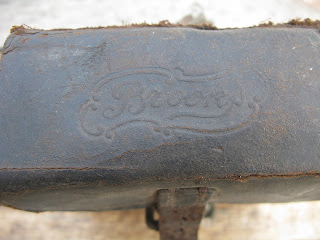 Here's a veteran Royal Enfield. I believe a 1913 Model 140 3hp 425cc v-twin. The little inlet over exhaust motor was supplied by the Swiss firm Motosacoche. The Model 140 was unusual amongst British machines for having a v twin engine of smaller capacity aimed at the solo market rather than the usual v twin sidecar hauler. Also noteworthy was the glass oil tank on the saddle tube, though glass might have seemed a bit delicate it was a neat practical idea that worked in practice and it was always easy to check your oil level.
Posted by Richard Miller at 5:25 PM No comments:

The second lot of pictures taken a few weeks back at the blisteringly hot Great Dorset Steam Fair. The best open air working museum there is out there for just one long weekend every year.


Posted by Richard Miller at 5:34 PM No comments: 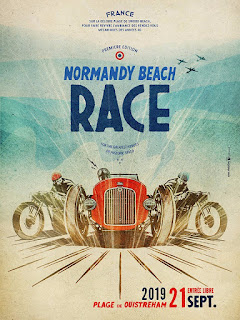 I'm a bit late with the news here but I've just found out about this event and it looks fantastic. Pre-47 cars and bikes. Sadly I'm working this weekend, would have been so easy to get to. Hopefully it'll be a big success and run again next year. Looking forward to it already......
Posted by Richard Miller at 5:37 PM No comments:

The photo isn't in great condition but none-the-less a terrific image of a rarely seen bike. Apparently on the way to or from a hockey match this chap's Singer is a very sporting machine. An exhilerating bike to ride back then and even nowadays. I date the machine as 1913 but am happy to stand corrected if there are any knowledgable Singer types out there. 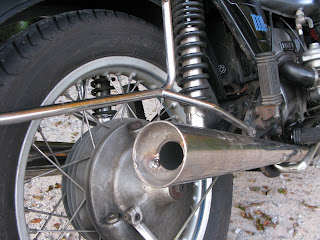 These Power Flow silencers I scored a while back on eBay. When they arrived I fitted them straight off. The seller had reported that they were a bit too raucous so he had tack welded in some db killers. As I discovered not only were they db killers they were also very effective performance killers and the bike ran dreadfully at anything above 3000 revs.

Next step was to set about removing the tack welds. Not an easy job given the recess in the outlet of the silencers and the fact that the term tack weld was rather under playing the large blobs of weld that held the db killers in place. A good hour with a die grinder had the offending noise restrictors out and then back on to the bike the Power Flows went. 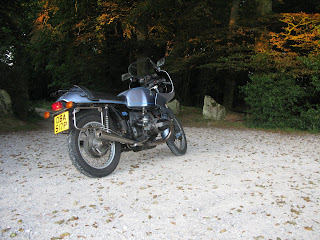 So, how loud would they be? Quite loud is the answer, rorty but not too offensive. Did they make any difference out on the road? Really, I'm not sure - louder always seems faster. In theory they should give a performance edge but it will have to be in conjunction with some carb tuning. In many ways though the R100RS is already more than fast enough for its brakes and handling. Fuel consumption is already on the low end of the scale so just how much of an upgrade adding more performance to the bike as it is is rather a moot point...

The Power Flows seemed like a fun idea to have a play around with but I'm not sure if they will remain a permanent feature. They look great but the original Beemer silencers are great things, models of German efficiency, whispering quiet but with no stiffling of performance. And in a way that is part of the charm of a BMW, to be whisked along at high speed without disturbing the peace.

And a short movie to get the aural experience.
The popping was traced down to a leak on the headers.
Steam on r/h head is from a recent wash.

Posted by Richard Miller at 5:45 PM No comments:


Can you identify this flat tanker? The only prize being glory, if being an uber nerd of vintage motorcycle identification is indeed a tag that can be bestowed with glory. Tis a tricky one this to be sure but someone out there must know what it is. Please comment or mail....
Posted by Richard Miller at 6:10 PM No comments:

I've been sitting on these pictures for a while, the IWKR was back at the beginning of August. Here's the last tranche of images from the event, all taken at the show held on the Sunday.

Posted by Richard Miller at 4:26 AM No comments: