A brace of Zundapp KS600s

A good few years ago now I had a bit of a sideline in importing old motorcycles from India. Back then prices in India were favourable and the supply of bikes plentiful. Nowadays the market for old bikes is international and there is a strong following for them in India so the flow has reversed with a good number of old bikes heading out to the subcontinent. Great, I say. There are plenty of old motorcycles to go around and that enthusiasm for them is international is only a good thing for all involved.

Most of the bikes I imported were either pre-war or from the war. This particular pair were among the more unusual. How two Zundapps ended up in India is rather a mystery. At the time I rather presumed that they were ex German army but it may also be that they were from just before the war and sold as civilian bikes. They would have been exotica in India at the time but remember that the British Empire was administrated in large part by younger men from Britain who would have had a large disposable income.

One of the bikes was largely complete and in rather good condition, the other slightly worse for wear and less complete. At the time there wasn't a lot of interest for these bikes and they were slightly tricky to move on. Times have changed and they are now extremely desirable and many repro parts are available for them. I'd like to think that now, twenty two years on they are both in running order. 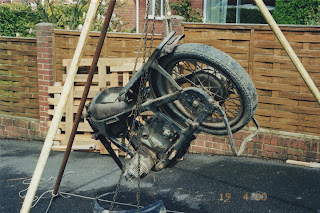 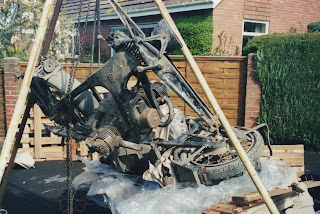 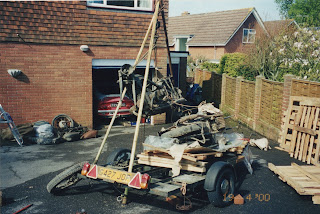 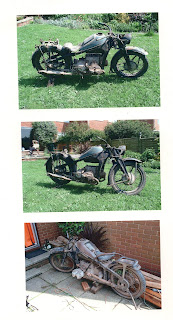 Posted by Richard Miller at 4:30 PM

Email ThisBlogThis!Share to TwitterShare to FacebookShare to Pinterest
Labels: zundapp