There's not been a photo from back in the day on the blog for a little while so here's a couple of shots of a well loaded alpine touring BSA A10 Golden Flash.

The alpine view pic is marked to the reverse '1954 Austria'.

Even though the photo is in black and white it is clear to see that this BSA is not Golden in colour. The Golden coloured edition gave the model its name but even if the bike was finished in traditional black it was still known as a Golden Flash. 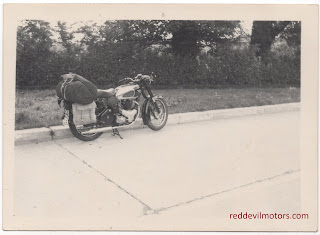 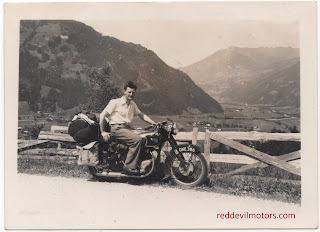