Founded in 1894 Barbour originally started out as an importer of oilskin cloth. It wasn't long before they had developed their own waxing process and soon after introduced their own range of oilcloth coats. The first Barbour catalogue of 1908 featured motorcycling apparel but it wasn't until post WWII that Barbour became the go to kit for the British Motorcyclist (along with Belstaff of course). Barbour is still family owned and still makes a range of motorcycling clothing. The waxed cottton jacket has been fully eclipsed by modern technology in both waterproofing and technology but there's still a strange appeal to the faithful musty smelling, nearly waterproof wax jacket hanging on the garage wall. Plus, of course, a waxed jacket looks the business on an old bike. 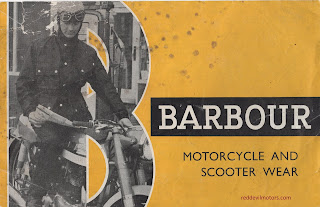 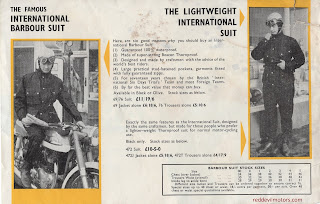 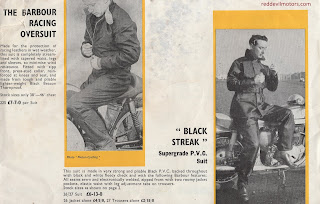 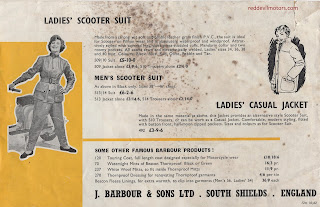 Posted by Richard Miller at 9:14 AM