A pair of very rare early Brough photos from the veteran era. One postcard is dated 1911 and the other 1914. Both machines are Nottinghamshire registered and appear to be 3.5hp singles from around 1910 or 1911. Brough motorcycles were made from 1902 to 1926 by George Brough of Brough Superior fame's father William E Brough.

The W E Broughs are best known for the fore and aft flat twin machine made from 1913 onwards but prior to this there was a range of quite conventional single cylinder and v twin machines.

Finally, an admission of guilt - when I bought these images they were described as Triumphs and I scanned and posted them as such late night without really checking them. Embarrassing as they look nothing like Triumphs so thanks to Nick who emailed and the anonymous commenter who both let me know I was mistaken and the post is now as you see updated.. 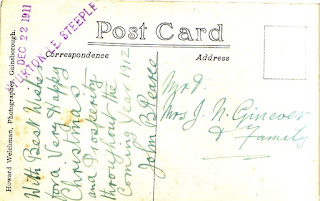 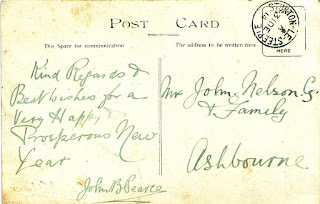 Posted by Richard Miller at 5:00 AM