A great old photo of a gent with his roadster cycle. As with most vintage snaps of bicycles it is very hard, if not impossible, to establish the marque of the cycle. Looking at the bike all we can say for sure is that the front mudguard finishes at the forks rather than extending forward. Most manufacturers dropped this feature and extended the mudguard forwards around 1906. This particular postcard has been sent and carries an Edward VII stamp. Given the two knowns the best we can do is to date the cycle to 1906 or earlier and the photo having been taken between 1901 and 1910 (the reign of Edward VII). 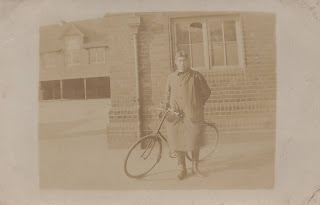 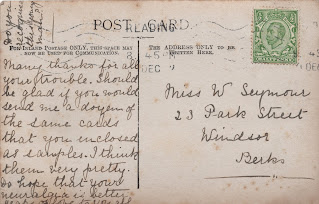 Posted by Richard Miller at 8:59 PM