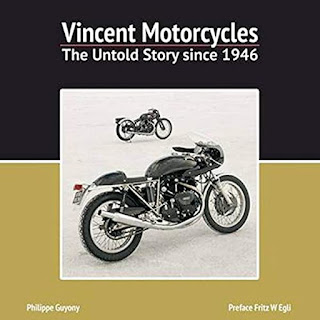 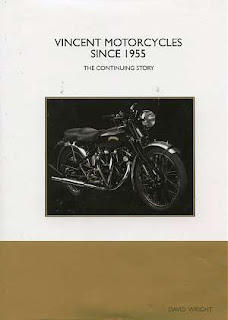 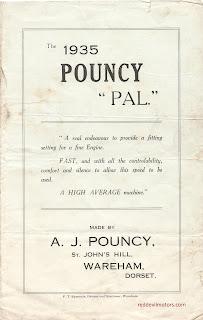 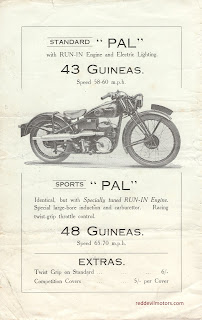 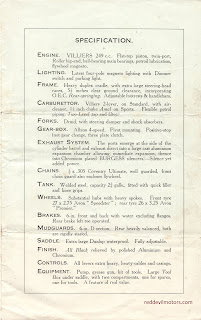 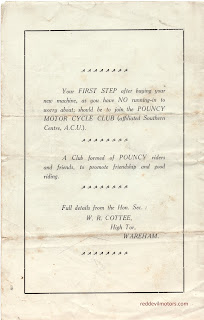 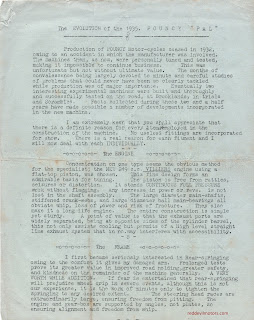 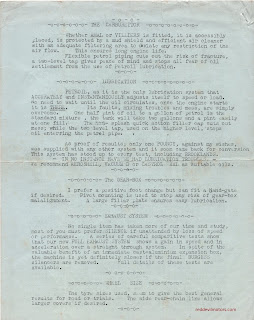 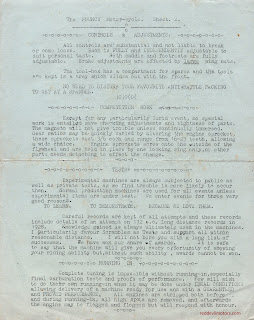 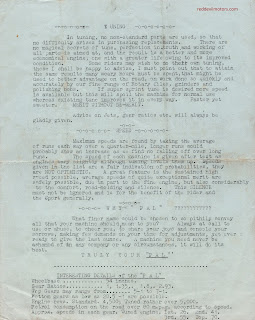 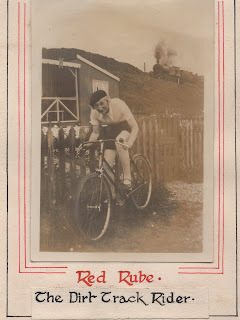 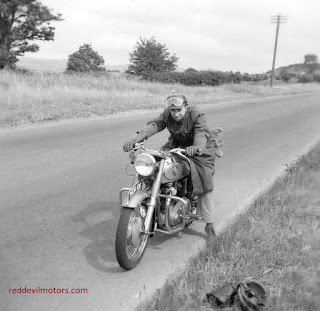 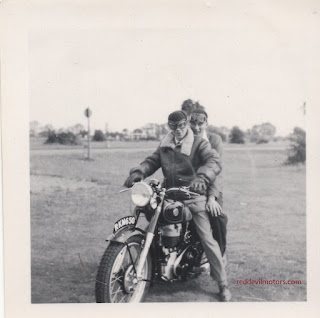 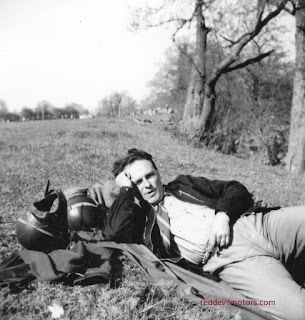 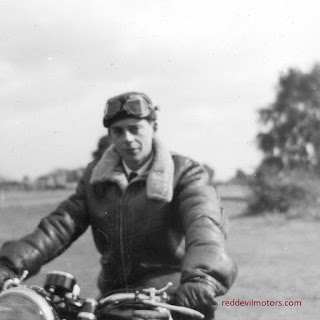 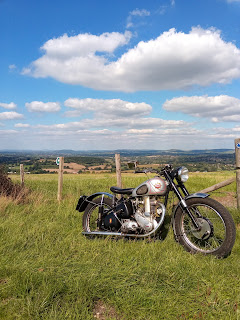 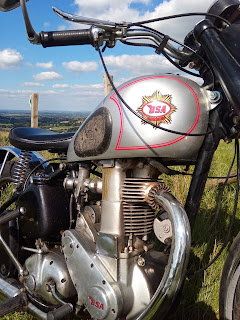 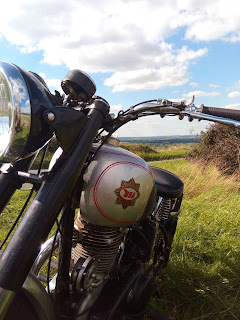 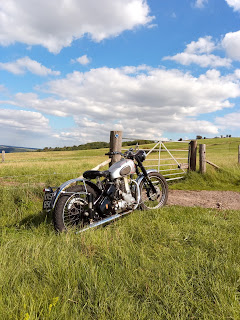 Early fifties BSA plunger framed Golden Flash, as fine a fast touring mount as there was back in the day. There's good reason BSAs of the fifties were so popular and remain so today. Nicely designed bikes using sensible engineering: reliable, decent performing all rounders. A well maintained fifties Beesa will give day in day out reliable service and can still be used as a daily rider today (Gold Stars exempted of course!)

Posted by Richard Miller at 10:52 PM No comments:

This charming snap is of a veteran Triumph. Couldn't tell you the exact year but most likely 1913 or 1914 as you can just see the actuating rod going from the petrol tank to the three speed hub. Note how the lady sits side saddle as was the convention of the day.

Posted by Richard Miller at 12:56 PM No comments:

I had been slowly accumulating nice original parts to make my Baines International TT more period correct and have finally gotten around to fitting them all and tarting it up a bit. I had thought I was completely finished but I've now acquired a Bayliss Wiley hollow bottom bracket axle for a double chainset so it is shortly to get a 'suicide shifter' at the front. Can't wait!

Just for interest the authenticity of the cycle was brought in to question of late after it was posted up on a facebook group. It led to some interesting discussion, I learnt more about Baines in the process and thankfully there was a good outcome in that it is now fully confirmed as correct. There remains a quirk though which is an anomaly amongst other Baines in that the wheelbase is unusually long. In the Baines catalogue it states that you could order whatever wheelbase you liked for an International TT though the standard was 39.5 inches. It seems rather perverse for a customer to choose a design noted for its short wheelbase and then request it to be longer taking it back up to the same as most other cycles on the market. An explanation could be that the ultra short wheelbase fashion was very much waning by the early fifties and someone could have perhaps just been taken by the style of the Baines but wanted conventional geometry.


Posted by Richard Miller at 9:45 PM No comments: