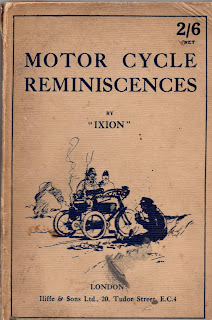 Canon Basil Henry Davies or to use his pen name 'Ixion' was the forefather of our great hobby and to the best of my knowledge Motor Cycle Reminiscences is the first work on the subject.

Ixion began riding in 1898 and wrote for The Motor Cycle magazine from 1900 to 1961, an amazing feat in itself. Being involved in the sport from so early on and presumably of a nostalgic frame of mind Ixion was perhaps the first to write on the subject of pioneer motor cycles in the pages of The Motor Cycle. For those that are interested to know more there is a biography of the fellow entitled 'The Fiery Wheel (The First Motor Cycle Diarist), The Life and Times of Canon Basil H Davies BA' by Dave Masters.

Motor Cycle Reminiscences was published in 1920 and is well worth seeking out for enthusiasts of pioneer machines. There have been reprints of the work across the years, though unfortunately all editions are somewhat scarce. There was also a second volume, 'Further Motorcycle Reminiscences' which alas I do not have in my library. 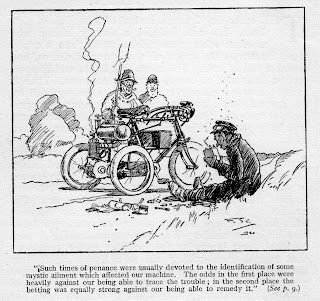 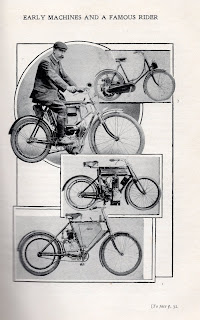