I took a ride over to Moto Corsa in Gillingham, Dorset recently to have a test ride on a Royal Enfield Himalayan (more to come) and was quite taken by this Horex they had recently sold.

This is the VR6 'Raw' model, finished in black and with mag wheels that suit the bike far better than the other models which have wires. Personally I struggle with the point of a naked bike that pushes out 163hp. However the bike is quite a technical tour de force with its narrow angle v6 motor, how they cram so much engine in to such a small package is rather amazing. The bike carries a look of quality (you should expect that for a price tag around £35 grand) but also an air that it is thought out and potentially a lot more dependable than other boutique bikes. 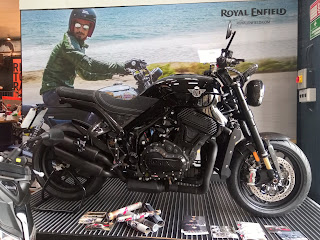 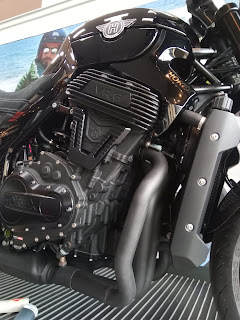 Email ThisBlogThis!Share to TwitterShare to FacebookShare to Pinterest
Labels: horex